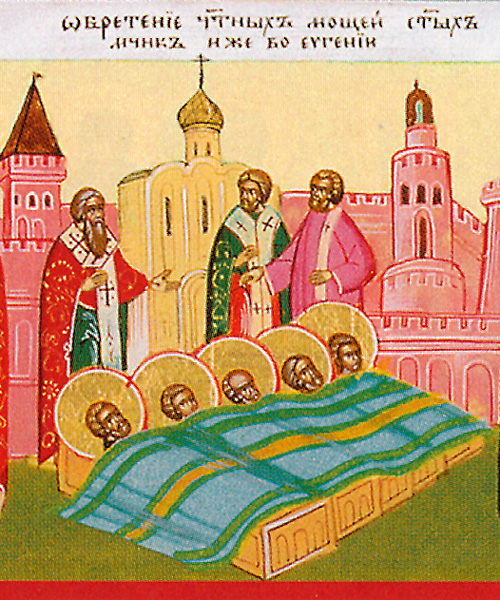 During the persecutions against Christians, the relics of the holy martyrs were usually buried by believers in hidden places. So at Constantinople, near the gates and tower in the Eugenius quarter, the bodies of several martyrs were found. Their names remain unknown by the Church.

Your holy martyrs, O Lord, / through their sufferings have received incorruptible crowns from You, our God. / For having Your strength, they laid low their adversaries, / and shattered the powerless boldness of demons. / Through their intercessions, save our souls!

As bright lights you shone forth from the earth / dispelling ungodly darkness; / and illuminating the faithful, O divine martyrs, champions of the Trinity.